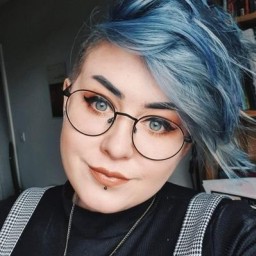 Our words have an impact; quotes from empowering women have led to real change around the world, from breaking down stereotypes, seizing opportunities, or even securing the basic right of voting. Even today, women are fighting for a range of equalities – from gender, race, class and sexuality.

Empowering women, throughout the centuries, have something to say – and they say it loud! So, if you are in need of some empowering words, keep reading and discover these top empowering women quotes to inspire you today.

We have put together 8 empowering quotes to inspire you and promote women empowerment, along with some short biographies and information about these empowering women! Feel free to do your own research and get inspired. Drop a comment down below with your own favourite empowering quotes!

“If you think you’re too small to have an impact, try going to bed with a mosquito.” – Anita Roddick

The Body Shop was first founded by Anita Roddick back in 1976. While her husband was away in South America, Anita wanted to earn an income to support herself and her two daughters. Now, the Body Shop is a household name and a big high street brand! In her will, she left her £51 million fortune to charity.

“I would like to be remembered as someone who was not afraid to do what she wanted to do, and as someone who took risks along the way in order to achieve her goals.” – Sally Ride

In 1983 Sally Ride became the first American woman in space, one of many who paved the way for gender equality in NASA. After leaving NASA, Sally actively took part in an initiative to get children, especially girls, into science. Barbie, Mattel Inc, even released a doll resembling Sally in their series, ‘Inspiring Women’.

“Getting past those labels, form me, was pretty much really easy because I define myself. No one can define you. Only you.“ – Serena Williams

In 2018, Serena Williams was chosen as the ‘greatest female tennis player in the Open Era’ by Tennis.com. The next year, The Associated Press selected Serena as Female Athlete of the Decade. A talented player in her field, Serena has also shown her passion for charity and activism, speaking out about gender equality, Black Lives Matter, and LGBT+ rights.

“You could certainly say that I’ve never underestimated myself, there’s nothing wrong with being ambitious.” – Angela Merkel

While politics can be somewhat of a controversial and debate stirring subject, it is undeniable the strength that Angela Merkel has shown during her time as Chancellor of Germany. As an influential female figure in Europe, she has had titles such as ‘the most powerful woman in the world’ by Time Person of the Year 2015.

“Women, like men, should try to do the impossible. And when they fail, their failure should be a challenge to others.” – Amelia Earhart

Amelia Earhart championed women’s rights and gender equality all the way back in the 1930’s. As the first female aviator to fly solo across the Atlantic Ocean, Amelia went on to write best-selling books, helped form an organisation of female pilots, and was even an early supporter of the equal right amendment. She leaves an empowering and inspiring legacy.

“No country can ever truly flourish if it stifles the potential of its women and deprives itself of the contributions of half of its citizens.” – Michelle Obama

Michelle Obama is a popular role model for women and girls and rightfully so. As a former First Lady of the United States, she has gone on to use her reputation to be an advocate for education, equal rights, and poverty awareness. While she is no longer in the White House, she continues to make waves and empower us all.

“Just because you are blind, and unable to see my beauty doesn’t mean it does not exist.” – Margaret Cho

As a stand-up comedian, Margaret Cho uses this platform to express her thoughts and criticisms on current affairs and issues, such as sexuality and race. She is known to not hold back, receiving backlash from certain groups who deem her too outspoken. Despite this, she has continued to fight back and present her true self.

“There is a stubbornness about me that can never bear to be frightened at the will of others. My courage always rises at every attempt to intimidate me.” – Jane Austen

Restricted by the gender inequality and unfair rules of her time, Jane Austen unfortunately was originally published as an anonymous writer, like most women during this era. It was only after her death that she was recognised justly for the work she had done. Jane’s writing and books have left a massive cultural impact on the world; her themes of classism and social commentary as well as her strong female leads make her a firm favourite for many.

This is just the tip of the iceberg when it comes to women empowerment! You can discover more articles on empowerment on our blog, plus follow us on Instagram for a daily dose of inspiration. Remember, let us know your favourite women empowerment quote in the comments!

Living almost a double life, during the day Freya works as a social media and branding manager and at night she worships the moon, researches true crime & conspiracy theories, and nerds out to dungeons & dragons. As a queer woman with chronic illnesses, Freya has made it her mission to make the world a better place for future generations. In this way, she is an advocate for mental health awareness, body positivity, and equality in what can be a harsh modern world.