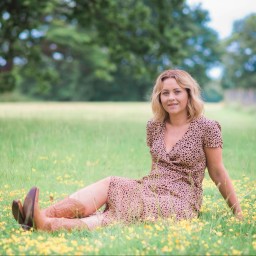 Here is my SEND story of my son and the pursuit of his support and Autism diagnosis. This is my honest account of our journey to the point of diagnosis. To support parents who are also in pursuit of support, answers or diagnosis.

My baby was very healthy and happy and he flourished at home, he was energetic, inquisitive, bright, articulate and loving. I called him my ‘TicToc’ like the robot on The Wizard of Oz he was happy and perky, and he loved and thrived in his 3 hourly and then 4 hourly baby routine so much so you could also set your watch by him. Wake at 7am, ready for feeding, followed by a wash, change, play and then nap, every 4 hours on the hour until bedtime and then a perfect dream feed. He was an absolute joy!

As he grew and became more aware of his surroundings, he became increasingly unhappy when out and about. On our family trips, day trips, shopping trips, and appointments he was a volcano… Seemingly contented one minute and then boom! In what seemed like an instant he was intensely agitated, upset to the point we would leave, invariably leaving under a rain of chaos and screaming meltdowns! We would return home and he would be happy, but I would feel defeated, exhausted and searching for answers. After a while I became a master of distraction with favourite toys, and the blessed portable screen. I’d play his favourite tv shows which would keep him comforted just long enough for me to buy my provisions or have a coffee before the distraction wore off and we had to get home to his place of safety. I would meet with mummy friends and watch how their toddlers would play together. I was with my toddler who didn’t want to be with the others, he was happy with just my time, attention, my conversation, my interaction. The mummies would sit with a coffee and have a good chat while I was half way up a climbing frame. I really needed that coffee and chat too but I rarely got to have it.

As a toddler he became increasingly unable to tolerate certain smells and sounds, he became increasingly fussy with food, clearly resisting anything with flavour or texture. If his favourite food tasted different one day that also became an intolerable food item. He became unable to rest at night and needed hours of calm and relaxation strategies before he would eventually succumb to sleep.

With Pre school came the challenge of separation anxiety. In the mornings I would build up to the journey and drop off with lots of support and praise and explanation. In the waiting room I would patiently and supportively sit with him while he anxiously wrapped himself around me. I would see the other mums leave while I would pretend to join in with his pre school morning play or routine. His key carer would gently distract him away from me and helped him to adjust to his new environment. And I would edge out at least half an hour or more after the other mums. My son would often be full of tears when I left him but I was told ‘he will be fine as soon as you go’, but I would leave full with worry and guilt. I volunteered as the preschool Treasurer so that I could be around more often to help him feel happy and safe which did help a little. It probably helped ease my guilty conscience as much as it helped my son feel safe.

Over time my son became highly sensitive to other people’s temperament. He would notice their moods and would be particularly anxious of anyone who might be stressed, which he felt was somehow his fault. He only trusted a very small group of people which consisted of me, his dad, my mum, and his preschool key carer. No one else, hardly ever.

When he started school he was excited! He had many settling in days and visits to the school. He had met his teacher and he was ready to go to big school. What he faced in the school environment turned out to be far more tricky than he or we realised. The separation anxiety was back with a vengeance except this time he was bigger and far more clever! At home before school he would strip or run and hide to avoid the school run, if we made it to the car he would lock himself in and me out! If we made it to the school he would grab onto whatever sturdy thing he could find, the chunky old fashioned radiator in reception was a particular one, he would wrap himself around it and refused with all his might not to go into school. He was given support by a TA to help him at school and with morning transitions which did help a little. But I would often be told to leave him while he was clearly in distress because ‘he would be OK once I had gone’.

When I became certain of his Autism, many of my family and friends did not support my thoughts. I went through 3 years of pushing for answers, support, and Autism Assessments (ADOS). His school did not support an application for an Autism Assessment and so I applied and pushed for it myself. He was 5 when we attended his ADOS appointment. My child who was severely anxious of separation was led into a room and us parents were not invited to follow. He underwent a series of conversations and role play scenarios that the assessors used to ‘test’ his signs of Autism. At the end of his assessment, the specialist told me that my son was so distressed that he was cowering in the corner of the room and that I could go and see him. I was shocked and devastated that in a professional environment my son was pushed to this extent of distress. In the meeting that followed I was advised that my child was not Autistic but he was disobedient and that it would be a good idea to get a super nanny to correct my sons ‘behaviour’. By this point I was numb with emotion and dismay. We left with our advisory report and leaflets around behaviour and healthy routines for children and that was it.

After 2 years of paying for private professional support, building up a case load of evidence, and reapplying for an ASD (Autism Syndrome Disorder) Assessment, at the age of 7 and a half my son was reassessed under the new assessment criteria DSM5. This time I knew my rights a I did not leave that assessment room. It turned out for good reason because once again during the assessment my son was so distressed he tried to curl himself in a ball under my chair but I was able to support him, calm him, and enable him to carry on the test. Finally we received his diagnosis of Autism and an apology for our experience thus far with the system.

And so the journey to recovery and our new normal began, with a better understanding of my sons needs, and a very long reading list to begin to understand the world of Autism. My son is neurodiverse, and will not conform to neurotypical standards, he is neuro developmentally different, however I believe that with the right kind of support in place he will be able to manage his anxieties and difficulties and be free to enjoy the plus side of his Autism superpowers!

A modern-day earthy yet entrepreneurial mum. She's evolved from a senior finance professional working 70-hour weeks to a homestay mum with big plans. Her passions are centered around coaching and self-development, and to live and prosper authentically. She is an outgoing, animal, nature, and gin-loving vegetarian. Being in a crisis is something that she knows a fair bit about... becoming a mum, and giving up her steady career, being an Autie mum - with a child on the Autism spectrum life is never dull! What keeps her sane is positive psychology, fulfilling her passions, and generally seeing the funny side with friends.